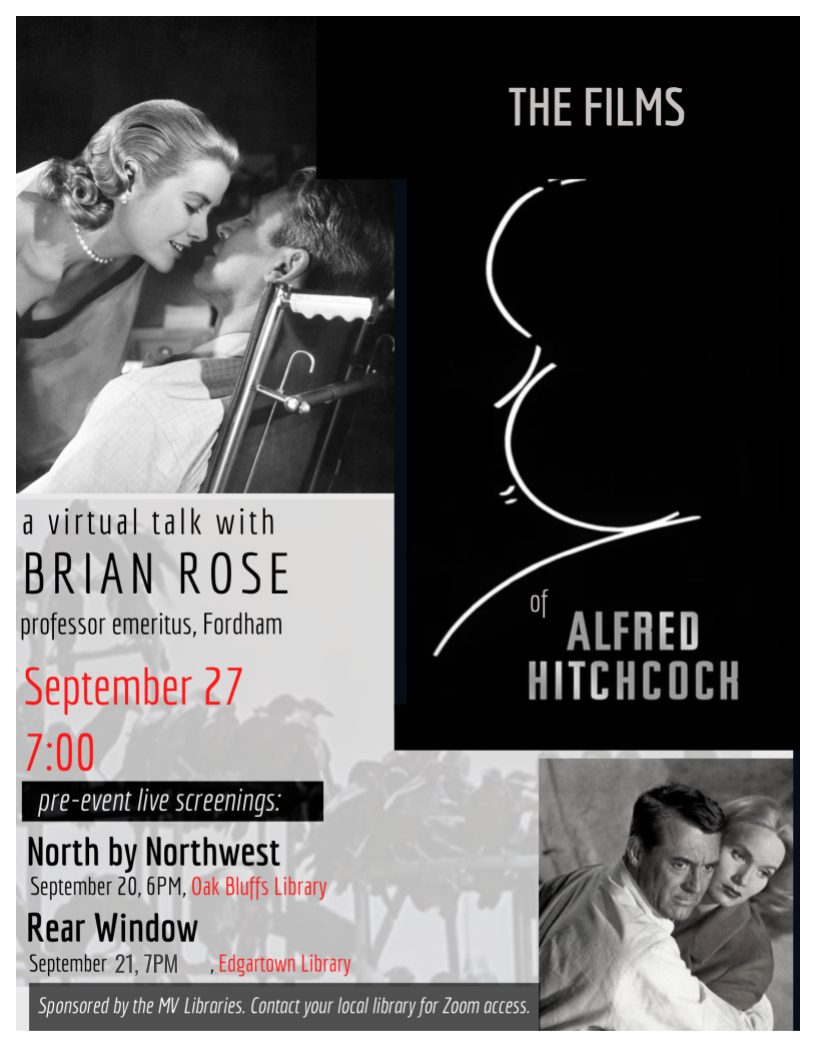 Join us on Zoom on Thursday, September 27th, at 7pm for a presentation about the films of Hitchcock with Brian Rose, Professor Emeritus, Fordham University.

Alfred Hitchcock is probably the most famous film director who ever lived. For five decades, first in England, then in Hollywood, he made fifty-four films, including classics such as The Thirty-Nine Steps, Rebecca, Notorious, Rear Window, North by Northwest, Vertigo, and Psycho. Few filmmakers have been as popular, critically acclaimed, and influential as Hitchcock. Not only is he celebrated as a director, but also as a multi-media showman through his tv series, magazines, and book anthologies, with his influence even extending to board games and record albums. This presentation looks at his achievements as “the master of suspense,” and through dozens of film clips, examines his extraordinary creativity as one of the 20th century’s greatest filmmakers.

BRIAN ROSE is a professor emeritus at Fordham University, where he taught for 38 years in the
Department of Communication and Media Studies. He’s written several books on television history and cultural programming, and conducted more than a hundred Q&A’s with leading directors, actors, and writers for the Academy of Motion Picture Arts & Sciences, the Screen Actors Guild, the British Academy of Film and Television Arts, and the Directors Guild of America.