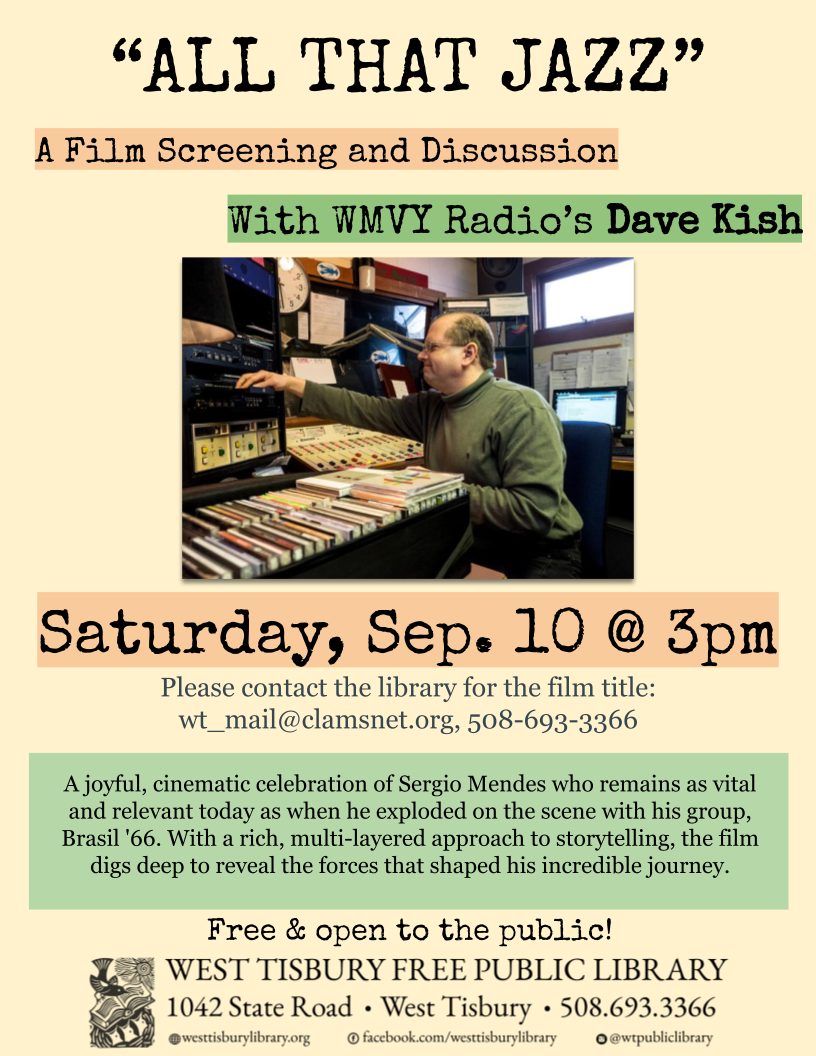 On Saturday, September 10, at 3pm, join us at the West Tisbury Library for an in-person documentary screening and discussion hosted by WMVY Radio’s Dave Kish. Please contact the library for the film title and more info: wt_mail@clamsnet.org, 508-693-3366. There will be a Q&A and discussion to follow. Free and open to the public!

About the film: A joyful, cinematic celebration of Sergio Mendes who remains as vital and relevant today as when he exploded on the scene with his group, Brasil ’66. With a rich, multi-layered approach to storytelling, the film digs deep to reveal the forces that shaped his incredible journey.

Dave Kish has hosted the WMVY radio show “Sunday Morning & All That Jazz” since the spring of 1997, and has always been a champion of all types of jazz, old and new, from all parts of the globe. Always willing to take chances, Dave has greatly expanded his range to include extensive features on jazz vocalists, Bossa Nova, African funk, vintage soul, Latin and European jazz, among many other types of improvised music. A summer resident of the Vineyard since the late sixties, Dave settled here in 1989. He wrote music reviews for the Martha’s Vineyard Times for many years, and hosted a weekly Sunday afternoon jazz jam at the Wintertide Coffeehouse in Vineyard Haven, acting as an emcee for many talented musicians, and spinning many gems from his collection in between sets.